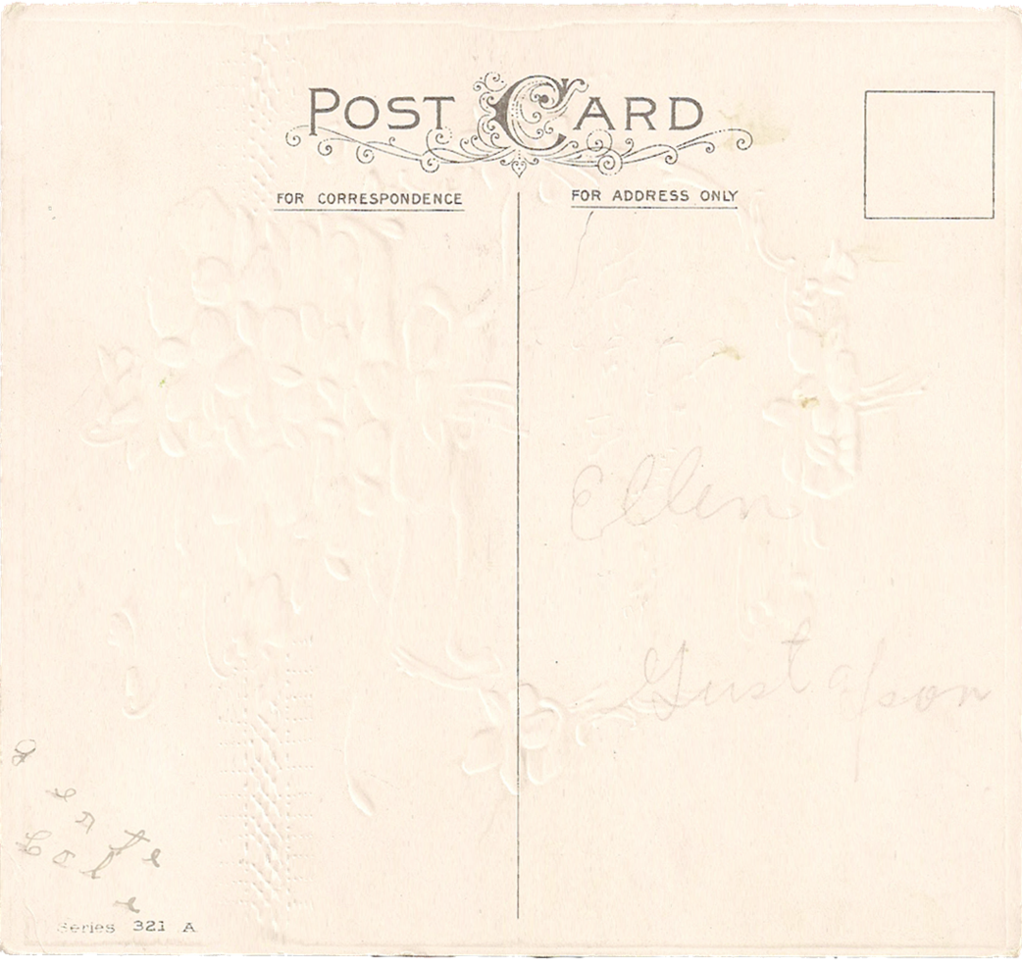 ​We’ll meet in the early evening at a hacienda hotel close to the Aeropuerto Mariscal Sucre. Quito’s international airport moved an hour away from the city centre a few years ago, and staying nearby allows us to have the most relaxed settling in and departure for the Galápagos. The group will meet at 5:30pm for a briefing, any last-minute information and questions, and to get to know each other.

Please ensure you arrange flights that have you arriving at the hotel by mid-afternoon at the latest; it’s better to be a day early if necessary and we’ll be happy to book additional accommodation for you. It’s important to attend the briefing but the main reason for timely arrival is to ensure that travel delays don’t prevent you from making our Galápagos flight – if you miss the flight, it’s very hard to get aboard the cruise vessel.

A quick ride will take us to the airport for the 2.5hr flight. Once in Baltra, passengers must go through an inspection point at the airport to make sure that no foreign plants or animals are introduced to the Galápagos Archipelago. We also need to have US$100 in cash at immigration control for the entrance fee to the Galápagos National Park.

pm: North Seymour
After lunch, our first excursion ashore will be a walk at North Seymour, a flat, 1.9 sq km boulder-strewn island. This is a key nesting site for magnificent frigatebirds and we’d also expect to see blue-footed boobies and swallow-tailed gulls – the world’s only fully nocturnal gull and seabird, which perches on the cliff edges. Galápagos sea lions haul out onto the beach (and are often seen bodysurfing) and we’ll also encounter marine iguanas.

Our overnight navigation will take us north of the Equator to 14 sq km Genovesa Island.

am: El Barranco (Prince Philip’s Steps)
El Barranco is on the south-eastern part of Genovesa, which separates Darwin Bay from the open ocean. After we’ve dodged sea-lions on the steps, the 1.5km trail will lead over lava fields and past palo santo trees and nesting red-footed and masked boobies and frigatebirds. The ocean-facing cliffs we’ll reach are composed of very fragile lava and natural erosion here has created cavities and holes in which nest two species of storm petrel and red-billed tropicbirds. If we’re fortunate we may see the short-eared owl, one of the storm petrels’ main predators.

pm: Darwin Bay
After lunch we’ll land on the white coral-sand beach – usually strewn with sea-lions – at Darwin Bay’s northernmost point. As well as more nesting red-footed and masked boobies and frigatebirds, we’ll also see lava and swallow-tailed gulls, yellow-crowned night herons, possibly lava herons, and land birds including yellow warblers and Darwin’s finches. Our afternoon snorkel will probably be from the beach. Colourful fish species are common around the nearby lava outcrops and reef sharks are often seen.

Overnight we’ll will return south of the Equator.

am: Plazas
Isla Plazas are just east of Santa Cruz. They’re less than a square kilometre in area, but some of the most interesting Galápagos species are found here. Of particular interest on our walk will be the rare and distinctive hybrids of marine and land iguanas. Swallow-tailed gulls nest in the island’s rugged cliffs, and in the surrounding skies above we’re also likely to see Audubon’s shearwaters, red-billed tropicbirds and frigatebirds, among other species.

After dodging the usual sea-lions at the landing site, we’ll return aboard for a leisurely cruise to our afternoon destination.

pm: Santa Fe
Once we’ve dropped anchor at Santa Fe – possibly the oldest island in the archipelago – a swim or snorkel will be in order. There are many sea-lion colonies along these shores and we’d expect to encounter some in the water. Later, we’ll go ashore for a walk through saltbush and giant Opuntia (prickly pear) cactus.  We’ll see land iguanas and Galápagos mockingbirds and Darwin’s finches, and may spot Galápagos hawks, Galápagos snakes, or one of the three species of rice rats here.

​am: Jacinto Gordillo Breeding Center
A bus will take us from the wharf at Puerto Baquerizo Moreno over the highlands to the Jacinto Gordillo Breeding and Rearing Center for young tortoises, established in 2004 and named after a famous settler. The various species of the iconic Galápagos tortoise have been a focus of conservation work in the islands for decades. They were plundered for food by mariners for centuries; it’s thought that more than 200,000 tortoises were taken before the 20th century. Breeding and release programs began in the 1960s and the Jacinto Gordillo center is part of that effort.
​
pm: Interpretation Center
The Galápagos National Park Interpretation Center in Puerto Baquerizo Moreno opened in 1998. The center is dedicated to a complete history of the Galápagos, its ecosystems, flora and fauna, and also provides a fine insight into the islands’ human cultural history. We’ll have an opportunity to enjoy time in Puerto Baquerizo’s commercial area and wharves, shopping or stopping for a cool drink in a bar.

Incl: Breakfast, lunch, dinner
am: Natural galapaguera
This morning we’ll again go ashore at Puerto Baquerizo for a short visit to the natural galapaguera – a good place to observe the Galápagos tortoises in its natural habitat. Other species we may encounter include mockingbirds, lava lizards and the leaf-toed gecko.

pm: Cerro Brujo
Cerro Brujo (wizard’s, or sorcerer’s, hill) is a remnant volcanic ash, or tuff, cone. Nearby there’s a beautiful white-coral beach replete with sea lions, ghost crabs and several species of sea- and shorebirds. Blue-footed boobies are often seen offshore here, plunge-diving for food. It’s a brilliant place for a walk and we can swim and snorkel from the beach. This is the first island in which Charles Darwin came ashore, in 1835.

We’ll navigate overnight to 60 sq km Española, the southernmost island in the Galápagos and one of the oldest.

am: Gardner Bay
This morning we go ashore at what’s arguably the best “summer holiday” beach in the archipelago. Gardner Bay is a wonderful place for relaxing, swimming, snorkelling and kayaking. Sea lions are invariably scattered along the beach; lava lizards and various small bird species – including Española mockingbirds and Darwin’s finches – dart around the scrub behind the sand, and Galápagos hawks have been seen feeding here. The wave-washed rocks often feature feeding marine iguanas and sally lightfoot crabs.

pm: Punta Suarez
After lunch we’ll visit one of the archipelago’s most diverse visitor sites. At the shoreline, sea lions and the most colourful marine iguanas in the Galápagos abound. Along the lava-boulder path lined with saltbush, encounters with lava lizards, Española mockingbirds and Darwin’s finches are common. Galápagos hawks are often seen on the wing here. But the treat is nesting blue-footed and masked boobies, and the island’s real star – the waved albatross. Española is the breeding place of nearly the entire world population of the waved albatross – 25,000–30,000 pairs. We’ll get fairly close to huge, fuzzy-feathered albatross chicks and, at a clifftop site, watch adult albatrosses launch into flight and soar overhead. Punta Suarez ranks among the best visitor sites in the Galápagos for photography.

The first built environment to become a UNESCO World Heritage Site, in 1978, Quito’s old town was founded in 1534 after conquistadors had sacked the original Incan Empire city and built a stunning hill town nestled amongst the volcanoes, with opulent churches and gorgeous promenades. The Old Town, or Historico Centro, has survived largely intact to the present day.

We’ll spend a couple of days walking the Old Town to explore its cathedrals, markets, food and vistas. We’ll climb to the top of the Basilica del Voto Nacional and head to the central market to get a sense of where the locals eat and shop. We’ll also travel a bit further afield to the equator museum and, weather willing, catch the teleferico – cable-car – to the lookout Cruz Loma, situated at nearly 4000m on the east side of the Pichincha Volcano.

Today after breakfast the trip finishes. There is the option to fly out to Coca for a few days in the Amazon, travel the Avenue of the Volcanoes or explore more of South America. We’d be pleased to assist you planning an itinerary that our partners, Chimu Adventures, can organise. 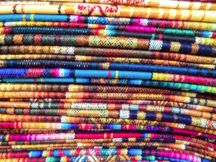 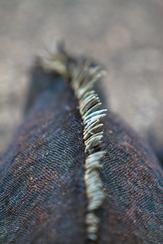 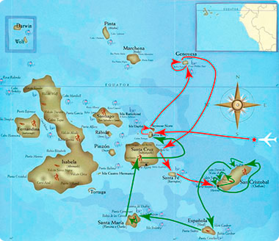 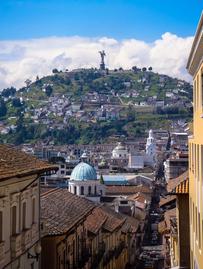 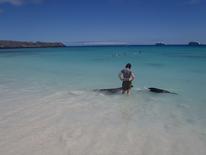 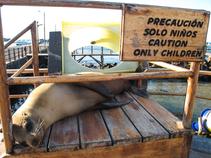 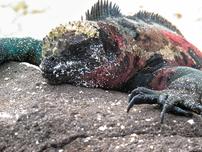